China is aiming to re-create Marco Polo’s ancient “Silk Road”, the ancient trade route that once ran between China and the West during the days of the Roman Empire. It’s how oriental silk first made it to Europe.

But instead of the camels and caravans that transported spices and silk hundreds of years ago, a $1.4 trillion network of modern trading routes would be built.

Announced in 2013 by President Xi Jinping, a brand new double trade corridor is set to reopen channels between China and its neighbours in the west: most notably Central Asia, the Middle East and Europe.

According to the Belt and Road Action Plan released in 2015, the initiative will encompass land routes (the “Belt”) and maritime routes (the “Road”) with the goal of improving trade relationships in the region primarily through infrastructure investments. 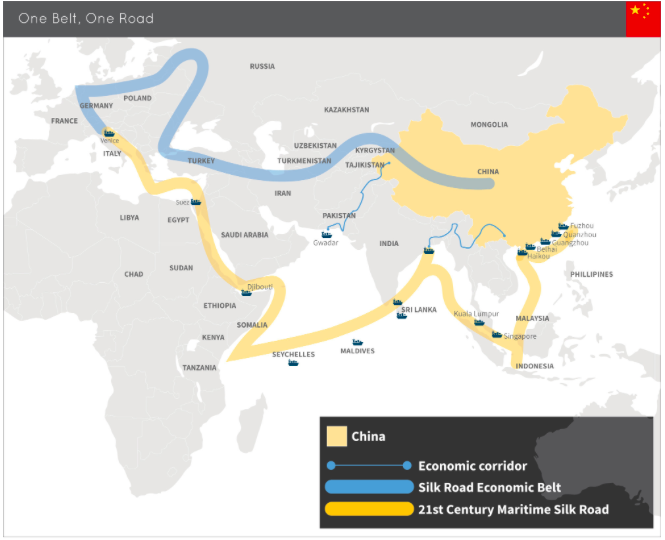 Which countries stand to gain?

Sixty-two countries could see investments of up to US$500 billion over the next five years, according to Credit Suisse, with most of that channelled to India, Russia, Indonesia, Iran, Egypt, the Philippines and Pakistan.

Chinese companies are already behind several energy projects, including oil and gas pipelines between China and Russia, Kazakhstan and Myanmar. Roads and infrastructure projects are also underway in Ethiopia, Kenya, Laos and Thailand.

Pakistan is one of the New Silk Road’s foremost supporters. Prime Minister Nawaz Sharif said the trade route marked the “dawn of a truly new era of synergetic intercontinental cooperation”. Unsurprising praise perhaps from a country that stands at one end of the China-Pakistan Economic Corridor, where it is poised to benefit from $46 billion in new roads, bridges, wind farms and other China-backed infrastructure projects.

“Sixty-two countries could see investments of up to US$500 billion over the next five years, according to Credit Suisse”

Perhaps the route’s most vocal critic so far has been India’s Prime Minister Narendra Modi. Vehemently opposed to the $46 billion China-Pakistan Economic Corridor, which runs through a part of Kashmir claimed by India, he has called the route a “colonial enterprise” that threatens to strew “debt and broken communities in its wake”. He even boycotted the recent One Belt One Road summit in Beijing.

Modi wasn’t the only leader notably absent from the gathering. No officials from Japan, South Korea or North Korea made an appearance, and of the Group of Seven (G7) industrialized nations, the only representative to attend was Italian Prime Minister Paolo Gentiloni.

Kazakhstan is the most developed ex-Soviet ‘Stan. Its leadership has always been interested in going their own way. This time, their way is pointing to China – and beyond. It is perhaps the single biggest game changer for them. Kazakhstan is using China’s One Belt One Road as a means to light a firecracker under its own business and political class.

As it is, Kazakhstan’s investment grade economy is bigger than every single ex-U.S.S.R. state outside of Russia, only without the headline glamor. They’re bigger than the three Baltic states combined in terms of GDP, and KZ’s economy is twice the size of Ukraine’s. Its GDP is bigger than all other ‘Stans that were part of the U.S.S.R. 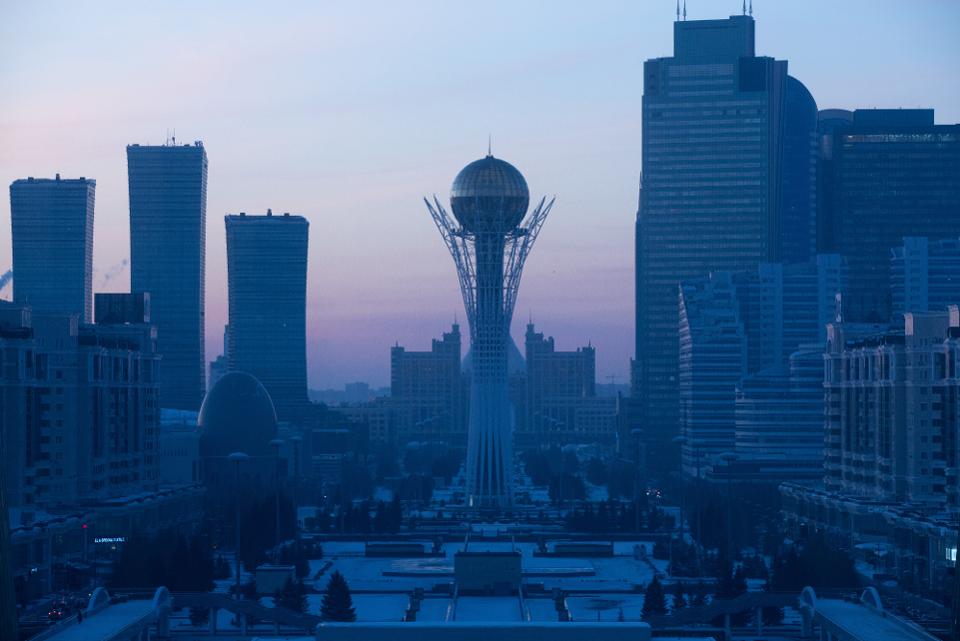 The Silk Road project signals tectonic shifts in the global order toward not only a more multipolar world, but a more multicultural international system. Western policymakers seeking to respond to China’s push must take a multifaceted approach that considers all factors driving and assisting Beijing. Traditional strategic tactics alone, like using other Asian countries to balance China, are inadequate. Appreciating the interplay, throughout the developing world, between factors like culture and policy preferences, on issues from privatization to human rights, is essential.

“The Silk Road project signals tectonic shifts in the global order toward not only a more multipolar world, but a more multicultural international system”

China’s $900 billion New Silk Road. What you need to know