The blockchain revolution is coming

Human ingenuity often surfaces when it’s most needed, and now, a new technology is emerging that returns to the decentralized ethos of the original Internet with the potential to revolutionize our computational and transactional infrastructure: blockchain technology.

Every second, millions of packets of information are transacted between humans and machines using the Internet, and blockchain technology is forcing us to rethink the costs, security, and ownership of these transactions. Blockchain technology came from Bitcoin. In other words, Bitcoin is the mother of blockchain technology. Bitcoin, with a capital B, is a platform that carries upon it programmable money, known as bitcoin with a lowercase b. The technological foundation to this platform is a distributed and digital ledger referred to as a blockchain.

In January 2009, when Bitcoin was first released, it embodied the first working implementation of a blockchain the world had seen.

The revolution is coming

Many of the technologies we now take for granted were quiet revolutions in their time. Just think about how much smartphones have changed the way we live and work. It used to be that when people were out of the office, they were gone, because a telephone was tied to a place, not to a person. Now we have global nomads building new businesses straight from their phones. And to think: Smartphones have been around for merely a decade.

To quote a May 2016 article in Harvard Business Review by Don and Alex Tapscott: “The technology most likely to change the next decade of business is not the social web, big data, the cloud, robotics, or even artificial intelligence. It’s the blockchain, the technology behind digital currencies like bitcoin.”

Incumbents are sensing the inherent creative destruction, especially within the financial services sector, understanding that winners will grow new markets and feast off the disintermediated. Many startups are eyeing these middlemen with the oft-flickering thought that has been credited to Amazon’s Jeff Bezos: “Your fat margins are my opportunity.”

If financial incumbents don’t embrace the technology themselves, Bitcoin and blockchain technology could do to banks what cell phones did to telephone poles. 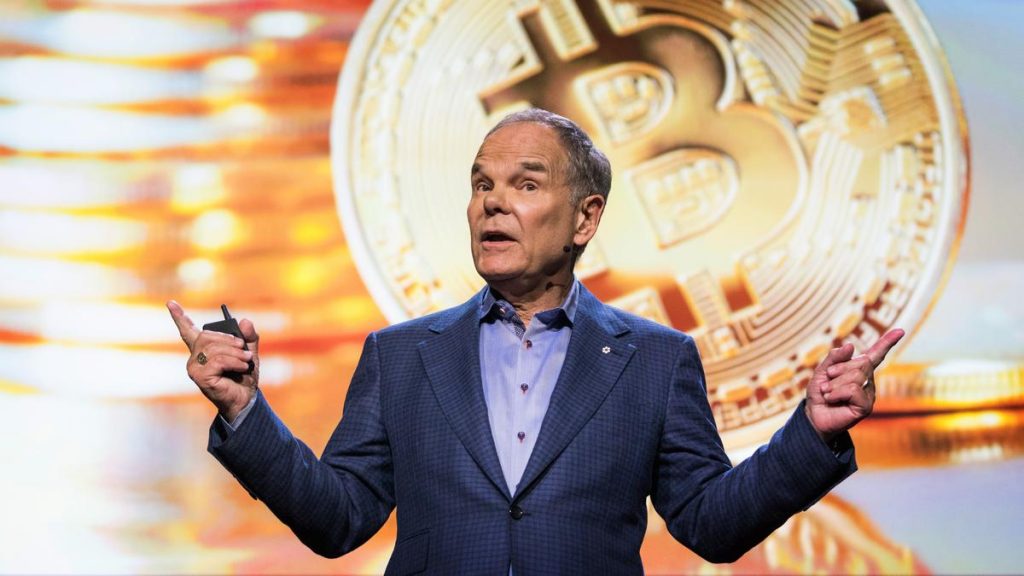 “The technology most likely to change the next decade of business is not the social web, big data, the cloud, robotics, or even artificial intelligence. It’s the blockchain, the technology behind digital currencies like bitcoin.”

Financial incumbents are aware blockchain technology puts on the horizon a world without cash – no need for loose bills, brick-and-mortar banks, or, potentially, centralized monetary policies. Instead, value is handled virtually, through a system that has no central authority figure and is governed in a decentralized and democratic manner. Mathematics force order in the operations. Our life savings, and that of our heirs, could be entirely intangible, floating in a soup of secure 1s and 0s, the entire system accessed through computers and smartphones.

Nearly every global bank, exchange, custodian, and financial services provider is part of some blockchain consortium, investing in the potential disruptors or internally building its own team.

There are lots of promising blockchain applications across financial services. For example, according to PwC, blockchain could create the opportunity to save between US$5 billion and $10 billion in reinsurance. This is possible because of improvements to placement, claims settlement, and compliance checks. There also interesting activity in areas like clearing and settlement, trade finance, and mortgages. In 2018, many firms hope to move from PoC to production to demonstrate immediate value. But to do this, they’ll have to move beyond seemingly endless debates about how to untangle complex, legacy infrastructure.

“Even firms working independently are building capabilities that they’ll use to improve interactions with others. We see a lot of nontraditional collaboration happening, too. With blockchain, it all comes down to better communication among institutions.”

Predicting what direction it will all take is hard. Did anybody see social media coming? Who would have predicted that clicking on our friends’ faces would replace time spent in front of the TV? Predictors usually overestimate how fast things will happen and underestimate the long-term impacts. But the sense of scale inside the blockchain industry is that the changes coming will be “as large as the original invention of the internet,” and this may not be overstated. What we can predict is that as blockchain matures and more people catch on to this new mode of collaboration, it will extend into everything. And given how far blockchain come in 10 years, perhaps the future could indeed arrive sooner than any of us think.

A brief history of blockchain